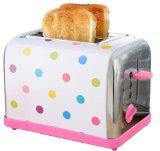 Anyone successfully use an entry sensor on a metal mailbox?

I tried putting an entry sensor on our new mailbox.  I can get it to work about half the time.  I tried just the bing bong like every other sensor in our house and I tried secret alert.  Both only work once in a while.  I also mostly have an "open" sensor on it.  I tried their suggestion in the help section about putting additional stickies behind it... didn't work. Even went so far as to put both sensors on a piece of plastic and attaching that to the box/door.

I've seen a couple of old reddit posts where people did it... anyone have any suggestions!?

@toastie I have tried, and failed. I believe you would have to drill a hole and put a small antennae through it from the sensor.  IF there was a google site search that worked, you could find it.  I am 10 thumbs, so I didn't attempt, although in my defense I did succesffully use entry sensors on door hinges for my garage doors that work great!

Shiherlis bookmarks everything so possibly she can provide the url.

We have one on our garage door, too and it works great!  AND we have metal security doors that we have sensors on.... metal on metal.....  I sooooo hoped to get the mailbox one working!

We have stucco and ours too works perfectly when outside the mailbox.

Distance from base and what else is between them (how many walls, type of siding, etc.)?

@whoaru99 vinyl siding, about 70 feet and the sensor worked fine just outside the mailbox.

@toastie if you get the mailbox to work, please post about it explain your handiwork! Thanks!

The sensor and magnet are inside the mailbox, I presume?

If it's all inside is there any way you can see the sensor, if the LED flashes on open and close every time as expected it should?

First, this is a long post and I apologize for that but I think y'all may be interested to hear the results of my tinkering this morning.

This is an interesting problem and I think I have a few solutions / ideas. Let me first say that I have a metal mailbox on a wooden post about 60 feet from the house and my base station is another 25-30 feet inside the house. For testing purposes I moved my base station to the front of the house in a window for best line of sight to the mailbox. I also confirmed that while standing on the far side of the mailbox from the base station and holding the entry sensor in my hand I was able to trigger the sensor multiple times w/o failure and as well as close the loop on the sensor multiple times w/o failure. At this point I knew the distance wasn't too great assuming nothing was interfering with the signal.


I mounted the sensor piece outside the mailbox body (and on the side closest to the house and the base station for best line of sight) close to the opening edge with enough room for the mailbox door to close fully. I mounted the magnet piece on the inside of the mail box door so when the door closed the loop was as close to closed as I could make it but but body of the mailbox was between the sensor pieces. Opening and closing the mailbox door multiple times did not result in a successful alert. I'm not completely sure but I'm assuming either the sensors were close enough but the body of the mailbox interfered and/or the orientation of the sensors were not close enough.

(Note: I assume that you all know that the smaller piece of the entry sensor is just a magnet in a plastic case and literally any strong enough magnet can be substituted for it and the sensor will still work perfectly. If you didn't know that then today you learned!)

While eating lunch and pondering all of this it also occurred to me to test a motion sensor to see if it could provide the desired results. I grabbed a spare motion sensor, walked outside to the far side of the mailbox from the house and was able to trigger the motion sensor in my hand to confirm that the distance wasn't a problem and started testing.

Moved the sensor a few inches off the back of the mailbox and repeated all of the actions in the First Test and still nothing resulted in a successful alert.

Moved the sensor to the front of the mailbox in the opening fo the mailbox and repeated all of the actions in the First Test and still nothing resulted in a successful alert.

Repeated the First, Second and Third Tests respectively but with the sensor turned upside down at each position. None of my actions reulsted in a successful alert.

- Likewise plastic may be a a good material to use to weatherproof (or weather resist) the sensors since they'll be exposted to the elements. See also rubber.

- Depending on how your mailbox door hinge works you may be able to mount the sensors directly beneath the mailbox and/or on the bottom half of the door depending on where the door pivots on the hinge. If this is confusing let me know and I can share some photos of how the bottom of my mailbox door moves when it opens and closes.

- I have no idea if any of this is even legal since you're tampering with a mailbox. I assume since it's yours that it's a non-issue but be advised that USPS has real power and breaking mail related laws might have serious consequences. It's probably worth doing some research or chatting with your mail carrier.

If you have questions or suggestions please let me know. I know I might not be describing some of this well so I am happy to try to get photos if it will help. I'm fairly confident that either the entry or motion sensors can be leveraged for the desired results but it's going to take a little effort and creativity to get there. Or it may be as simple as replacing your metal mailbox with a plastic one. :)

I also tried moving the base station with no luck.

As I open/close the box I can see the light flashing just before it closes up and to check that it's perfectly lined up.... I put my phone in the mailbox and using my watch to take the picture I could see the light and the perfect alignment!  (technology is great.... sometimes!)

Like yours.... our sensor worked in a trial, in the location, outside the box.

We don't have a way to mount the sensors outside the box because the door recesses into the front of the box when closed, nor would I want to (as our box was purchased and a ridiculous amount paid for it because of it's looks!  insert eye roll!  lol!).   Soooooo replacing it is out of question since we (1) built a custom base for THAT particular box and (2) it's outside the return period back to Canada (ya..... go figure I bought a USps mail box from a Canadian crafter!  lol!).  Also no cutting a notch or drilling a hole as that would mess up it's powder coat finish!

You saved me time because I actually had thought about the motion sensor but just hadn't gotten around to trying it yet!

A couple of things with ours:  The other day, all the sudden we got the "sensor not responding" notice.  Prior to that the stupid thing constantly showed open when the box was closed and the sensor inside.  Then and now after being "restored" the sensor shows closed.... BUT it's still not working....

I thought maybe the heat had something to do with it not responding at one point cuz we had gotten it working.... we thought..... but then when the mail lady came.... crickets!  And when we played around with it after that.... still crickets... but it was hot by then.  But even in the mornings now (including just now while typing up this post) it's still not working but the blue light IS flashing!

So in all our playing around we could sometimes get it to work but mostly it didn't.  I even played around between using "secret alert" for the push notification vs just the bing bong of the door opening.... both were just as wishy washy.

Unfortunately, I guess I'll be boxing the darned sensor back up and returning it to BB since it's not working for us....  It was such a great idea, too!!!!!!