I've installed my system, including 14 entry sensors, but I'm unable to get the contacts on my sliding Andersen patio door to establish that the door is closed even though the led flashes correctly when opening and closing (and the base station acknowledge opening). I've tried troubleshooting through SS and they sent me a replacement set but that does not behave any differently. I've mounted the sensors at different areas of the door and frame but still can not get a consistent status - invariably the keypad and status show that the door remains open even though it is closed.

Is there any possibility that these sensors have conflicts with certain materials?

If you're seeing the flashing (one for open, two for closed) then that means the Sensor is detecting its magnet. And if the Base Station is confirming those triggers, then of course it's receiving the signal.

Where are you getting an incorrect status? In the SimpliSafe app? If so, you'd want to refresh every time you want to see the most recent status.

Both the app and keypad show the sensor to be open - refreshing has no impact.

If you remove the sensors from the door/frame entirely and just put them right next to each other, does it still show open or closed? Also can you please take a picture of your current layout (before removing them to test) to show us just how close they are to one another and their general orientation?

Yes, when separated from the door they work correctly - which is why I've been questioning how the material of a door could prevent you from monitoring a critical entry point. These are standard wood Andersen sliding french doors. 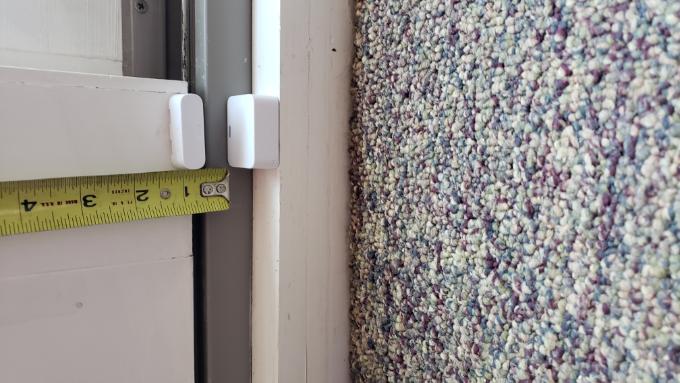 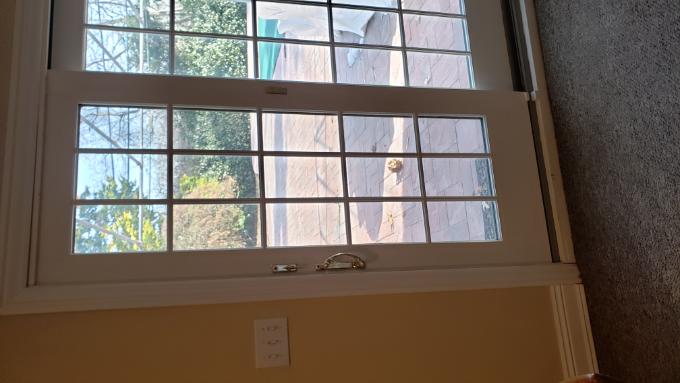 Yeah, there are two possibilities to consider.

First, if any part of the door or frame is metal (specifically iron or steel), that might interfere with magnetism. So having an extra layer or two under both pieces (maybe a piece of wood, or even just an extra layer of adhesive) is needed for shielding.

If that were happening, it most likely would show up as a persistent "Open", since the sensor can't detect the magnet. But so the light shouldn't be flashing at all.

The other thing would be if the signal is being physically blocked. The material of the door would only matter if the Base Station is on the other side of the door. But there might be something else in between the sensor and the Base - like maybe a brick wall. Or you might have the Base Station in a closet or on top of a fridge, which would reduce its range significantly.

Maybe switch the magnet and sensor, with the magnet on the bottom of the wood frame and sensor on door - that way, the magnet isn't detecting the metal groove/parts whenever the door is opening/closing.  Just be careful with the vacuum cleaner :)