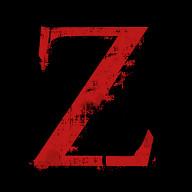 Hi - hoping to get some guidance/thoughts on something that I've noticed has been happening over the last several weeks.

First, when my WiFi drops, I no longer see a notification on the timeline that WiFi has been restored. For the first several months of service (I installed in February) if there was any internet outage, I would get a WiFi disconnected message and then a restored message once the WiFi was back. Now, I have to go to the keypad and manually reconnect to my network. It is odd because the keypad appears to indicate it is connected but if I find it and punch in my password it reconnects and then the restored message appears on the timeline.

Any thoughts here? It isn't so much a pain when I am home but my concern is if this happens while I'm away, am I losing any functionality? Also, is it really disconnected or just a lack of notification on the timeline.

The second issue seems similar but related to the power. I get small power outages from time to time - where it cuts out for a second and comes back. Not unusual for this to happen once a week and then not again for months but it happens. When this happens I get the Power Outage notification and I do get the Power Restored but the keypad indicates there is no power and I actually have to unplug and plug back in the base station for everything to reset itself.

Like the first issue, it isn't a big deal when I am home but my concern is the battery may be used even if it is plugged in if it doesn't know there is power. Just confusing and I want to be sure I'm not doing anything wrong.