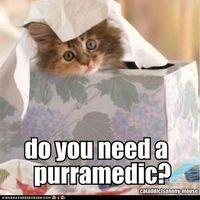 Is anyone able to explain how this occurs, and most recently, on a consistent basis?

Likewise, the SMS text alerts have been SNAFU'd....AGAIN (this makes I can't even count how many times over the last two years, and with SS2, it was a ridiculous crap-shoot).  The timeline of events on the online control panel show the events, yet I'm not getting SMS alerts for them.

On Jan 8, 9, 12, and 13, no SMS text alerts arrived for any event (arming, disarming).  The first day, the event alerts were late by two hours.  Today, 36 HOURS LATER, I received an SMS alert for an event that was for 36 hours prior.  I have twice attempted to "jump-start" the SMS alerts by going into Alerts, changing from Verizon Smartphone to just Verizon, but this only prompts for a verification code that never arrives on my phone.  When changing back to Verizon Smartphone, it sends a verification code, then alerts come in for about a day or two, then stop again.

Another issue of note:  I have noticed that when using the online control panel to refresh Devices - twice in about a week, it has taken much longer to complete (the spinning icon) - and you might want to check the little refresh button and the date and time beside it, because I've watched it supposedly be refreshed, but it actually wasn't (still showed last refresh date) - it takes two refresh tries to update it.

For the last two years, SS has been aware of the SMS problems, and eventually, they have numerous times said the issues were either being worked on, or were resolved.  Obviously, something is being missed.

My system is working fine, as far as I know - something on SS's side is not.  User-initiated tests indicate all is well, I get the call from Monitoring, so why aren't daily test signals showing up in the timeline and for the love of god, why aren't they logged every day?  I obviously have no control of this, it's a SS problem.  Combined with the numerous other problems that others have been reporting and SS's dismal support, I'm beginning to wonder if anyone's manning the helm.

@coltmaster1 I went back on my timeline 30 days and, like clockwork, a test signal was received every single day at 8:46am central. Sorry that I stopped there, going on the basis all was okay.

With devices not refreshing, I would wonder if your base connection is strong.

With all the text messages well i just gave up as we never get those anymore and just rely on the app which always has issues lol as far as the timeline so far all my tests are coming in every day at 746pm so im sure its something on there end.

Thanks, Captain.  How would one determine a strong/weak base station connection?

Keypad diagnostics show wifi fine at -44db.
Cellular is a bit wonky at -85db, but I've watched this on many occasions, it never gets higher than that and is usually around -65db.

Thanks, Lance.  I don't need nor want the phone app, too many problems with their updates!  (nor do I have the cams or doorbell or lock, I don't need the app for anything).

I'm jealous of that RSSI.  I don't get any better than -96.  Colorado front range sucks for all providers as far as I can tell.

Colt the only reason why i have the app is because i have a son that stays home sometimes and i need it to see whats going on plus the video doorbell and the interior cameras so i can see him as well but other than that if it wasnt for that i would not have it either. As far as the updates i never update unless I know there is no issues, like right now its telling me to update and im like yyyyeeeeaaaa, nnnoooo lol

Lance, I can definitely understand and can appreciate your need for the app.  And yeah, don't update until there's a "resolved" post on the forum, lol.

usmaak, I'm surprised you're able to connect at all in your location, lol.  But look at the bright side, you most likely have one of the best views in the US :)

Coltmaster1, I have excellent wifi and internet.  Could that be why I haven't had any connectivity?

I don't live particularly close to the mountains.  It looks just like every other town on the plains. lol

Yea i never have mi e on automatic updates because they always have app issues and as of now mine still works so im not updating till it gets solved.... AGAIN lol

I've been having major issues with the text alerts for a while now.  The timestamp on the alerts is 3 hours off (Eastern Time, I'm in the west).  And I don't get the alerts very timely either.  For example just now I received an armed away notice for 3 different days.  I've emailed tech support about it, and they still haven't gotten back to me. (I sent the email 6 days ago.)  I know better than to try and call customer service.  I don't have the time to be on the phone for an hour waiting for them!

@usmaak - have you been in contact with SS lately?  Are you saying nothing has improved?

@stevenragnetti, thank you for providing your input!  That's pretty much what mine has been doing for several days now.  Now, they are coming in days later, and of course, NEVER IN ORDER OF WHEN THE EVENT HAPPENED.  I'm still missing one txt msg for an event that happened a few days ago, guess I'll see if it shows up sometime this week :(

@Lance, yes, that was the boilerplate response to everyone, and according to SS, within a couple months time or so, it was with every single carrier that users posted (not bloody likely) - same response, no matter the carrier, no matter the month of the year, no matter the number of complaints.  I had a ton of issues with SMS text msgs with SS2, and one of their guys was actually working on it, then I bought SS3.  Almost an entire year without SMS problems, then like clockwork, it starts again.  Sigh.

I still largely side with SS on this being primarily related to carriers (or perhaps even certain regions within any given carrier coverage). Through all the bouts of complaints all three phones connected to my two systems have been pretty good. Yeah, there has been an occasional blip but nothing remotely like the duration or repetitive nature of issues some report.

Regardless of all else, I'm pretty confident I don't have personally-dedicated resources or a special pipeline into SS that would explain why my services are mainly unaffected while others are.

OTOH, I have SS2. Dunno if that has anything to do with it but it is a potential difference aside from carrier or region.

The reason I feel SS is full of it, is because after so many complaints, and they saying they were working on resolutions, not long after, the issues resolved.  People already talked to their carriers, the carriers never knowing what SS was talking about.  Not to mention, all other text messages received from anyone not SS without any problems.  SS seems to be the common denominator.

Besides, if this were my carrier, why only SS messages coming in late and mixed up dates, but messages from others are always fine?

Can you explain why it is you are affected, yet I am not, if it is primarily SS?