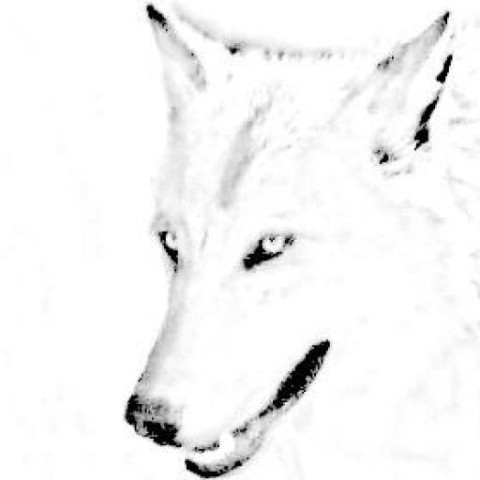 It's not a request to help, so much as a MASSIVE concern.

My specific concern:
Both interior cameras make a recording when I am home and turn my system off.

Let me spell that out in detail:

When I turn the system off, the camera's shutter opens (all the cameras) and the camera records for 1-minute.

If this is not normal behavior, I'd like it addressed.

Regardless, I don't want the system recording the premises when the system is off and the alarm has not been triggered.

I assume this is just faulty programming, but could just as easily be convinced of nefarious intent on the part of SimpliSafe.

Please respond to this with something more than "we'll look into it".

This is normal behavior that is working as SimpliSafe intends. In fact if you take a look at this support article you'll see that cameras record during quite a few events that aren't related to an alarm being triggered:

Note: It also used to record when the system was armed but that was disabled at some point.

Regardless, I don't want the system recording the premises when the system is off and the alarm has not been triggered.

You're not the only one who feels this way but unfortunately you cannot turn this behavior off. Your only option to prevent the cameras from recording during these events is to turn the cameras off entirely.  Yes, I am serious.

I assume this is just faulty programming, but could just as easily be convinced of nefarious intent on the part of SimpliSafe.

It's neither. SimpliSafe is of the opinion that having footage of what is happening in the house during these events is overall a positive thing. I'll let @davey_d or someone else from SimpliSafe explain why so I don't misrepresent their reasoning.

Please respond to this with something more than "we'll look into it".

You're not the only one who takes issue with this and would like the ability to toggle this sort of thing off and on and that request has been made quite a few times. To date we (the customers) have no indication that this is going to change so if this is a deal breaker for you (and I personally can understand why it might be) then you may want to consider returning / selling your system or at least the cameras. I know that's not the answer you want to hear but that's the way it is.

@worthing​ This is contrary to what I'm being told by support.

Obviously, I believe you because I'm experiencing it, and I'm trying to pressure SimpliSafe to change that behavior (in case I ever want to walk around in my underwear in the mornings). This is obviously a software issue and should be fixable.

Personally, I don't care what they believe; they should be responsive to customers and not be recording inside the house unless an alarm is triggered.

My current plan is to get an official answer, and, following that, I plan to make it my life goal to visit every place that sells their components and blast them for gross invasion of privacy. I like the system, but the performance of the cameras have been a huge disappointment, and this particular behavior is especially egregious.

I bet at least some new users might be put off by a system that records them when nothing's happening. At the very least, I can steer them away from video cameras.

Thanks for your response.

So, after a bit of me acting like a jerk (I don't like doing it unless I've exhausted all other options), I actually got a callback and had a fruitful conversation. To wit:

1) yes, as you mentioned, the camera initiates a recording when the alarm is turned off.

2) no, I cannot control that (I made a suggestion that it should).

3) I'm told no one but me can see those videos, and that they are for my benefit. (I reconfirmed That I would like the option to switch off that feature).

I can almost see a glimmer of benefit to the feature in the rare case when I'm gone and someone else is house-sitting, but even then, I don't want to spy on them.

I cannot think of a single scenario where the system is armed in HOME mode and I need to see who deactivates the alarm.

Now, maybe someone has use for that, and more power to them. I don't.

If I'm not home, the system is in AWAY Mode and, yes, sure, make a recording when it's switched off.

But I want the option to switch that feature off when disarming after the system was set to HOME.

Why would I want that if I'm told I'm the only one that can see the videos?

It's obvious . . . if there's one thing I've learned about Internet and Data Security is that when someone claims something is secure, what they mean is they HOPE it's secure.

Is it a deal-breaker? I don't know. Ultimately, I don't even have my phone listening to me (no helpful helpers for me, thank you), so I get uncomfortable thinking I'm being filmed.

It's more a matter of principle than paranoid concern, then again, lots of stories of abuse of private data.

The point is, why not give the customer a choice?

I'm 100% sure it's a software issue, and any company claiming to value privacy should stand by the claim and go the extra length to provide customers with the tools to manage said privacy.

So, as of now, I wait for a response to my suggestion.

How about someone confronts you in your driveway and forces you to turn off the system, would you want video of that scene.  Maybe your teenage children turn off the system go out for the night and return all while you sleep?  I just throwing a few things  out there but I fail to see what the big deal is really.

Hmm . . . did you read what I wrote? I'm not asking for the outside cameras to not record the teens (that I don't have) leaving the house. By the way, my system lets me know when it's armed and disarmed, so if I did have teens, I'd know when they are leaving or coming back (unless I'm an irresponsible parent or deaf).

I'm only asking for the indoor cameras to not record when I'm home, mostly because I don't trust the "only you can see the recordings" part.

As for being forced to disarm the system . . . I have a duress code, don't you? And, when the system is armed and motion is detected, a recording is made anyway, not just when I'm 'forced' to turn off the alarm. In addition, my outside cameras record every time someone walks around the property, whether the system is armed or not. And, that's fine.

But the point is, if some people don't find anything wrong with the system recording their private lives inside their homes, more power to them. I do.

All I'm asking is for the choice to turn that feature off. They already switched off the recording option whenever the system is armed (for privacy concerns). All I want is the same option for when I turn off the alarm when set to HOME mode. They can leave the option to record when disarming the system from AWAY mode.