Drop in here for anything about our Wireless Outdoor Security Camera. 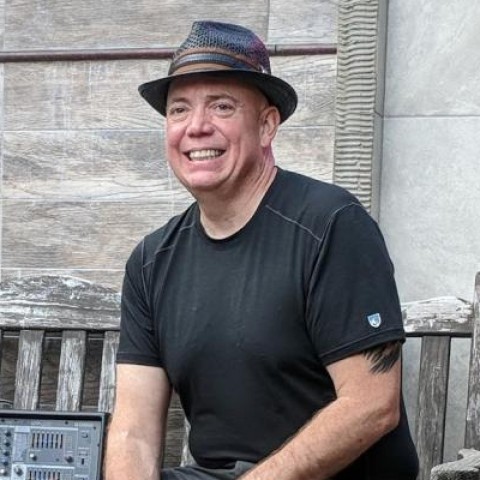 Do the Outdoor Cams NEED to be able to talk to the BASE after being set up?

Ok, so I have gone around and around with this with support on a few calls so thought I would ask it here.

Do the Outdoor Cams NEED to be able to talk to the BASE after being set up and connected to Wi-Fi to work?

I ask, for I can setup a camera just fine, and it works (well, "Works" is not 100% right, as it misses 4 to 5 seconds of starting video, but that's another issue).  After I get it running I then take it outside and I can reach Wi-Fi WITHOUT ISSUE.  However, I know it can not reach the BASE. (Distence)

When I go to view a live camera I get Waking up, Connecting, Starting Stream but then it times out and offers a retry. (Same results)  The Waking Up and Connecting seems to always be about the same amount of time no matter where I am with the camera in testing it outside.  Almost like these are were adding into the app just to give it more time to do something.  If they actually do represent something, then I would have to assume that when it moves through the steps, it is in fact passing that step successfully or it would not move on. (Hope this is making sense.)  So it does WAKE, it does CONNECT, it just fails to start the stream when it surely has Wi-Fi as I can see it on my router and also it's signal.

HOWEVER, if I move closer to the BASE, it works!  Which leads me to think it needs the base. (Unlike the Doorbell Cam for some reason or the inside cams???)

My guess is it needs to be able to talk to the BASE as it is battery powered and thus using a low power radio to listen for a WAKE THE HECK UP, YOUR NEEDED message. Then it would connect to Wi-Fi and then be able to stream.

HOWEVER, I have been told by support that it is only needed to be close to the BASE just to set it up and then as long as it is on Wi-Fi, it will work.  And this is what is needed as the outdoor cams may surely be far from the base and through walls etc.

It is also good to note I am POWERING the cameras.  As such, IMHO, they should ALWAYS be AWAKE and connected to Wi-Fi ready for use. (And also should not have the 4 to 5 second delay in recording the start of a video seeing again, it does not need to wake.)

Hope this all makes sense and someone may have the answer.  To think it needs the BASE when all of it is on Wi-Fi and talking does does seem to make much sense.

Thank you for your time.

The Indoor Camera and the Video Doorbell Pro are both standalone units that can work even if there is no Base Station at all.

The Wireless Outdoor Camera is on a newer platform that is much more tightly integrated with the main system. So the answer is yes, the Outdoor Camera needs to be set up for good communication with both your WiFi access point and the Base Station. Range is a big factor in that, yes. But mitigating interference - both wireless and from physical obstructions, can help significantly as well.

Thank you for the reply.  It was sadly what I was thinking and just yet another shortcoming of the camera system. This makes a lot of the outdoor locations useless when you have a larger home.

While you can expand Wi-Fi, as people do, you can not extend the limited 400 feet (on a good day) on the 433 mhz transmitters you use.  You all should come out with a repeater for the BASE then so issues like this might be able to be resolved.  Same hold true for my shed, can't put a sensor it as it too far.  Yet I can with other systems without issue. (That also use low freq)

Such a shame that SS has been short sighted in the cameras. From not even a time/date stamp on the video, to missing 4 to 5 seconds of the start of an action and the need for someone to CROSS the from left to right to really trigger it for walking towards it, for get it. No trigger.  You know all this as it seems that people have been complaining for quite some time, yet here we are.  I wish I would read this community before I purchased.

@DBNet​ thank you for the feedback. You are right, the Base Station's local radio currently cannot be extended. But to be clear, the max range is actually more than double of what you said - at 800ft+. Dense walls and other wireless signals interfering will decrease that range, but it can go pretty far in a typical home.

As for the speed of the triggering - you might already know, but our engineers are well aware, and continue to work on boosting performance. We've made some progress in the last couple of firmware updates, and there will be more on the way. Though yes, for the built-in Motion Sensor to trigger at all, it's best to set up the camera so that subjects walk across the field of view. This is how all infrared motion sensors work - even the standalone Sensors that are part of the main security system.

Finally, you mention timestamps. We haven't been seeing the request very often, but we have a thread about it here.